All modern firearms have three basic groups of components. These parts are the frame, the action mechanism, and the barrel. The action mechanism controls the firing of rounds from the barrel. The barrel, either a rifle or pistol model, consists of a series of moving pieces. These parts provide strength to the gun and allow the gun to fire rounds. Small components like the sights expand and contract with each shot. 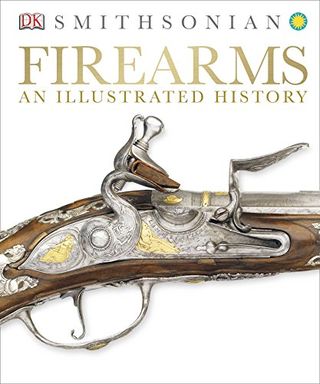 The stock holds the gun and is held against the shoulder. The barrel contains the muzzle and chamber, which contain the cartridge or shotshell. The breech starts at the end of the barrel and is the first part. The bore is the interior channel of the barrel, through which the fired projectiles travel. The safety prevents the firearm from accidentally firing and allows the user to reload the gun. The magazine is either built into the stock or is a separate container. The trigger is the part that fires the gun.

All modern firearms have three basic groups of parts: the action, the barrel, and the stock. The action is the heart of the gun, containing the moving parts that fire the cartridge and load the ammunition. There are many types of actions, including pump, piston, and hammer. For muzzleloaders, the action has locks instead of an action. The stock is the part of the gun that holds the gun, and it supports the action and the barrel.

All modern firearms have the same three groups of parts: the action, the stock, and the barrel. The action is a metal tube that guides the projectile and allows it to travel through it. The magazine may be built into the stock or detachable from the barrel. The trigger is a part of the magazine. There are several other parts in the firearm, but the actions are the main ones.